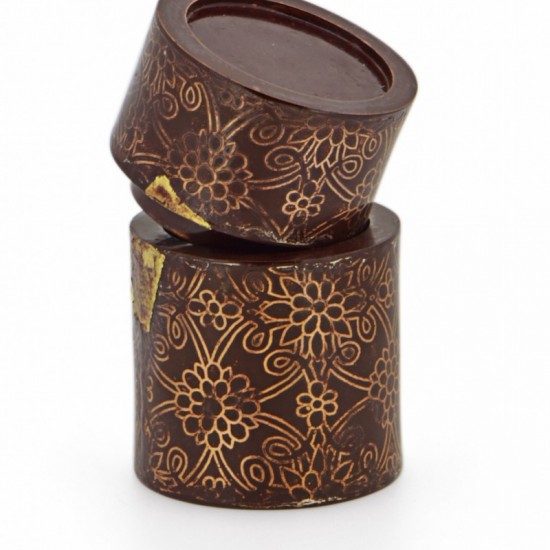 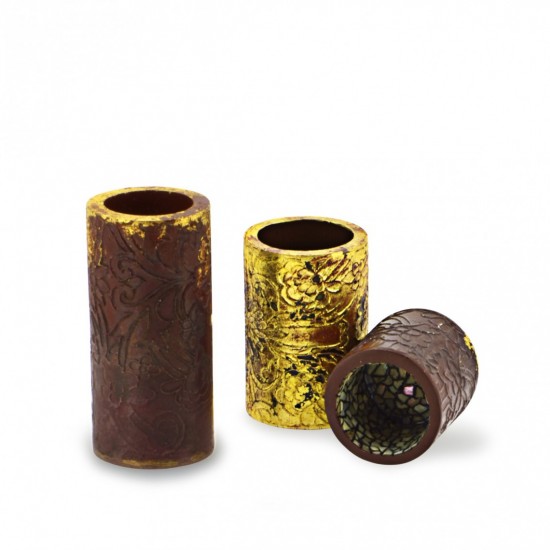 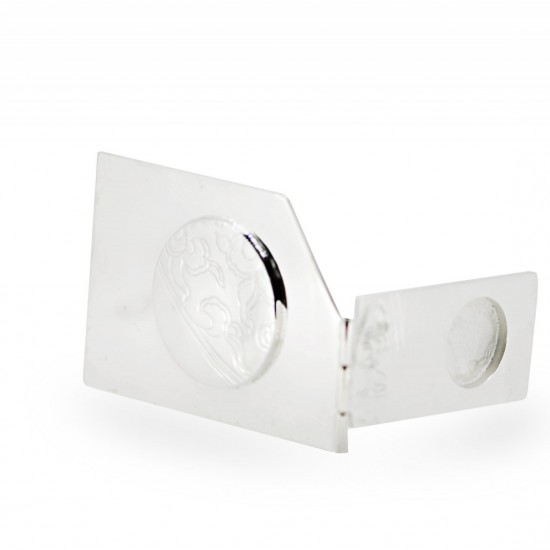 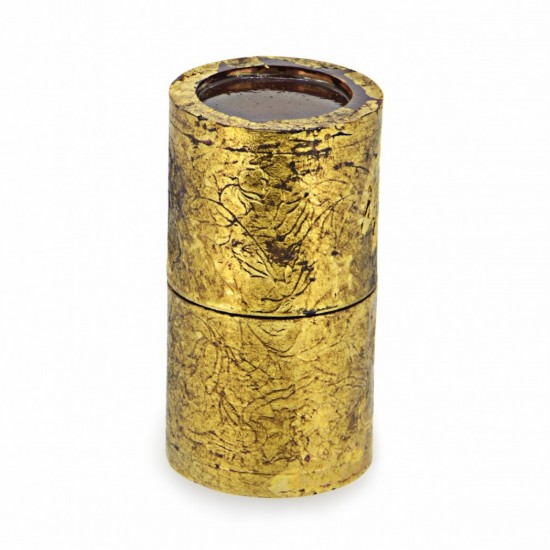 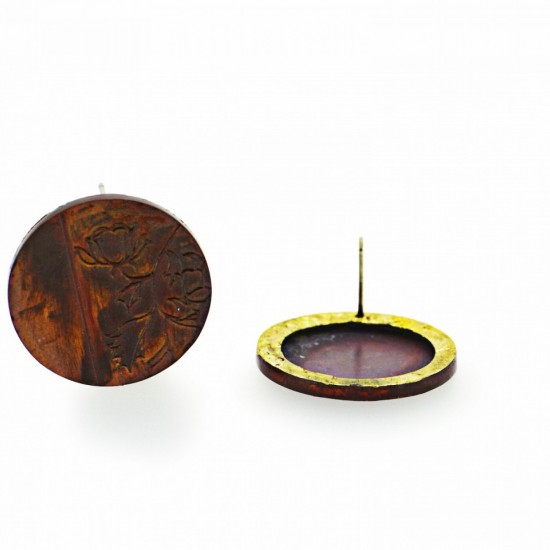 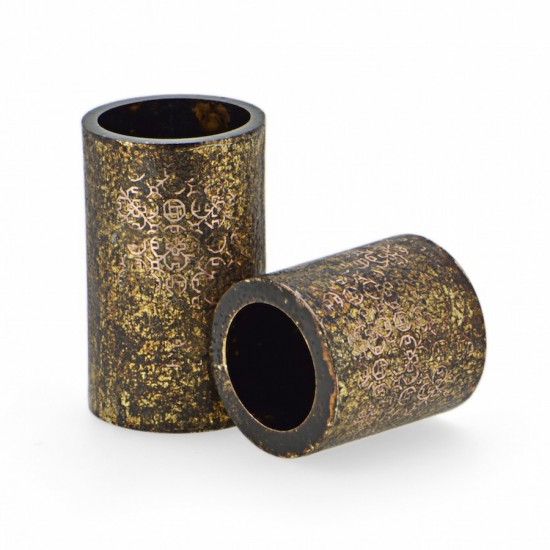 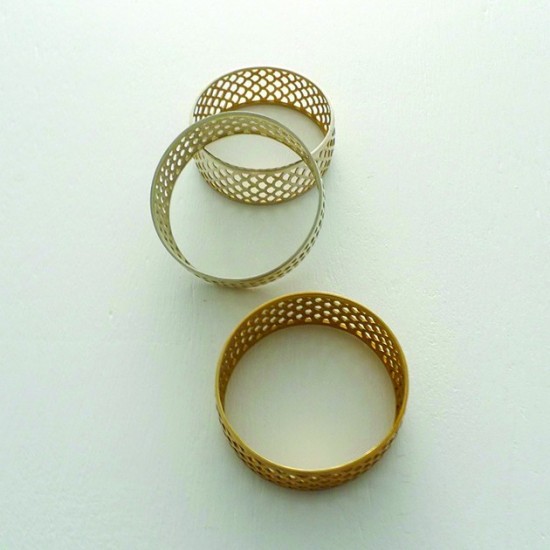 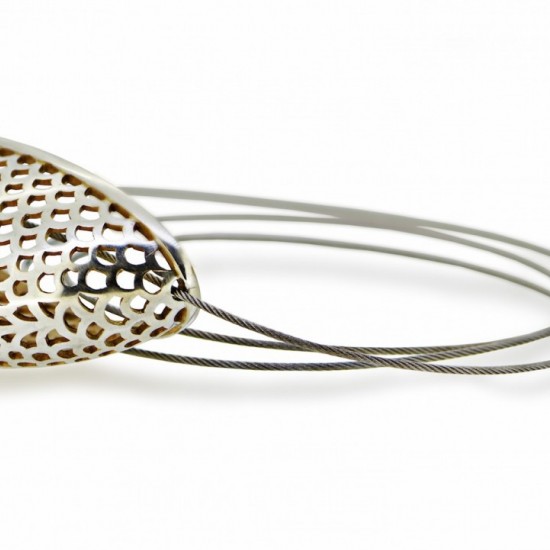 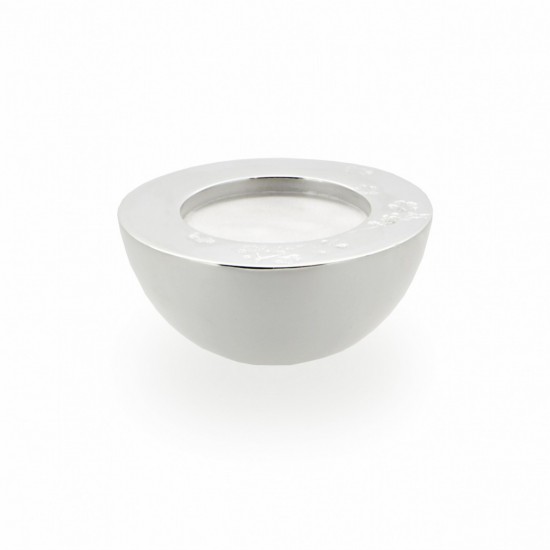 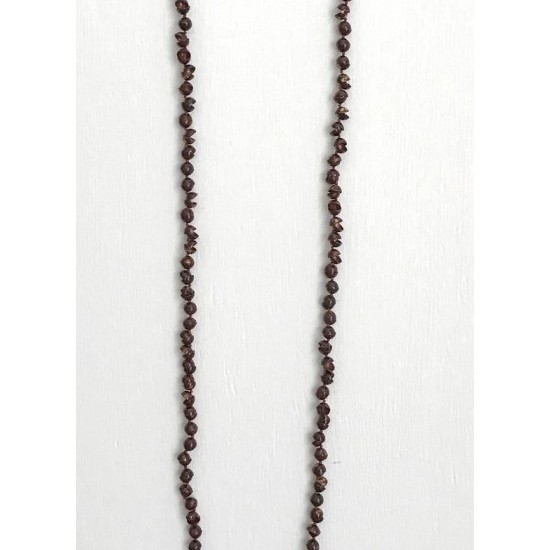 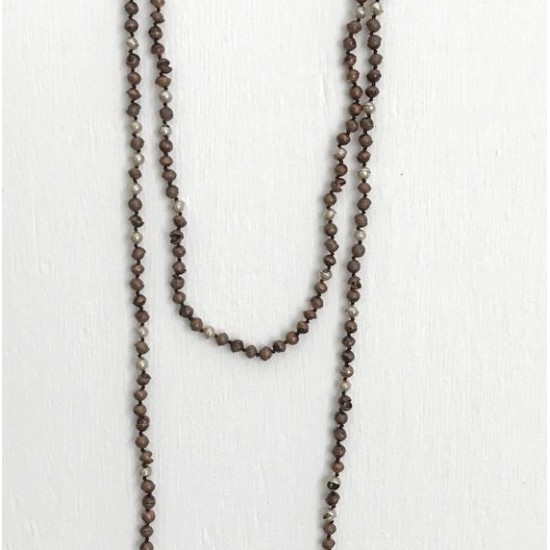 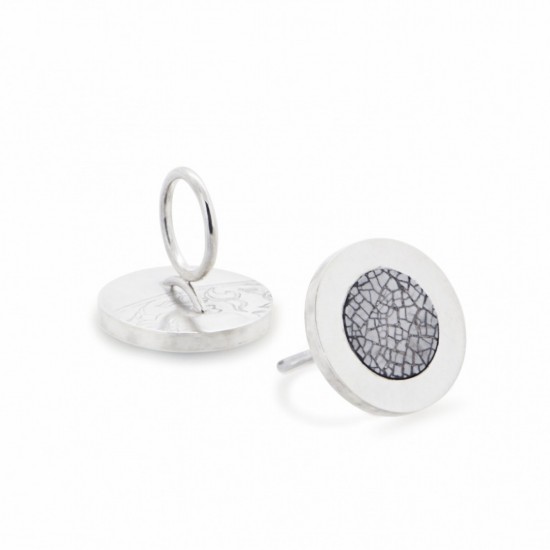 Between Auspicious Forms presents a collection of small intricate vessels and wearable pieces by Bic Tieu that explore the rituals and cultural expressions of her Chinese heritage against the Australian household landscape.

Using the rich symbolism of traditional Chinese culture, Tieu utilises the vessel form and the concept of containment in her contemporary interpretation of traditional Japanese lacquering techniques. Tieu is widely considered to be Australia’s leading exponent in this field and is currently undertaking her PhD at ANU in Canberra.

“I consider the ‘vessel’ as an analogy for heritage, family and culture. I am investigating auspicious and spiritual assumptions associated with traditional values. The circumference of the container and the space it holds reflects [for me], the divide between beliefs and superstitions”.

“Understanding Bic Tieu’s own journey helps us appreciate the meaning of her work. Tieu’s grandparents moved from China to Vietnam in order to escape poverty. Her parents then left South Vietnam for similar reasons after the war. A product of that journey, Tieu was born in an Indonesian refugee camp (“Bic” means sapphire).” Kevin Murray

Bic began her design and jewellery education at the University of NSW College of Fine Arts, where she completed bachelor of Design and Masters Design/honours degrees. Bic's background has always been in design and jewellery making which later lead to a masterclass workshop with the renowned German jeweller Otto Kunzli followed by an internship with Swiss born jeweller Sabine Pagan of Pyrmont Object Studios.

Her practice further developed through a residency with metal master Toru Kaneko in Tohoku, Japan. Bic's fascination with East Asian lacquer and her desire to recreate the characteristics of maki-e lead to the heart and origins of Asia's lacquering birthplaces. To further her knowledge, Bic first spent some time in Vietnam - where she created a body of works and authored dissertation titled 'Traditional Processes of Vietnamese Lacquer and Their Application to Contemporary Jewellery and Small Scale Body related Objects' coupled with an exhibition at the Kudos Gallery in 2006.

Not long after the success of her exhibition, Bic was invited by Japanese lacquer master to take up a formal two- year residency at the world-famous Kitamura Koubou Studios in Wajima Japan where she honed her skills and craft of this wondrous tradition. Bic continues to work on her craft and gives talks and workshops at various local and international design conferences. She has won design awards, received various grants and residencies through Asialink and the Australia Council for the Arts. Her continued research often extends to projects, exhibitions and print publications. 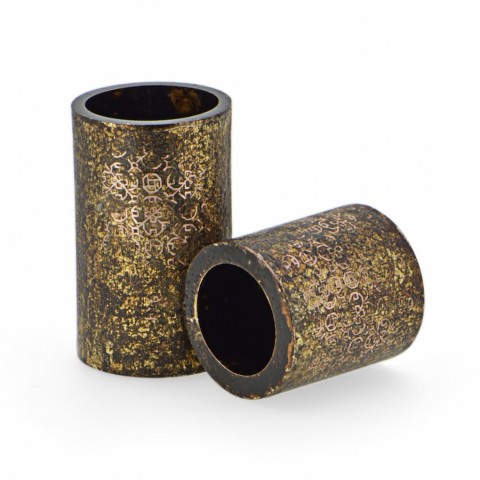