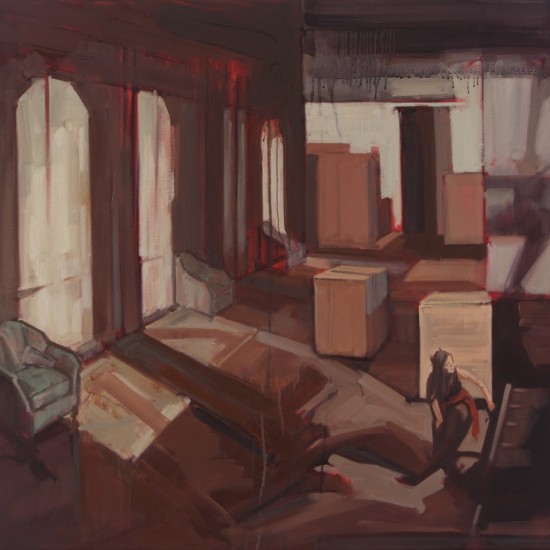 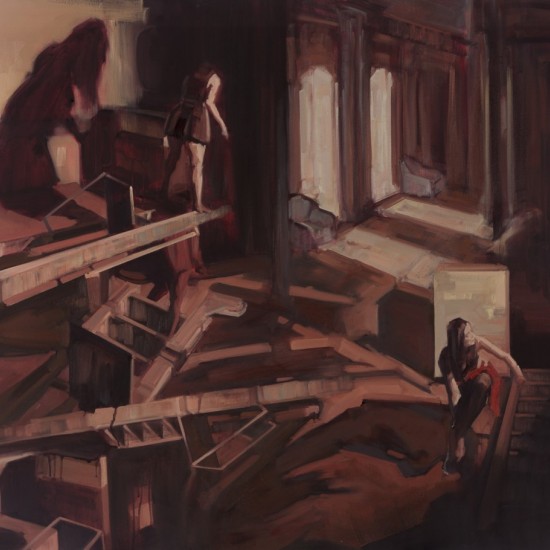 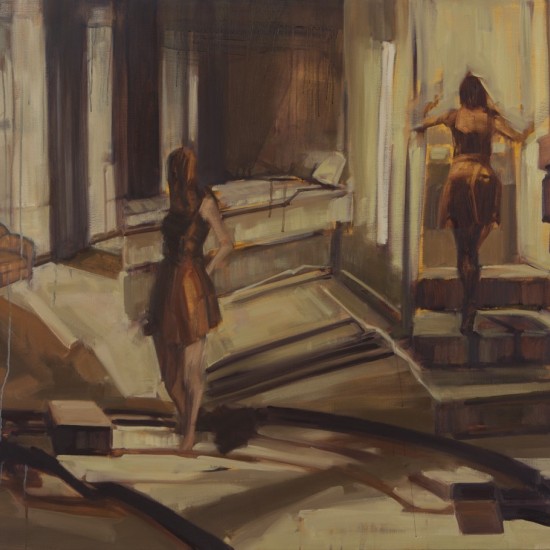 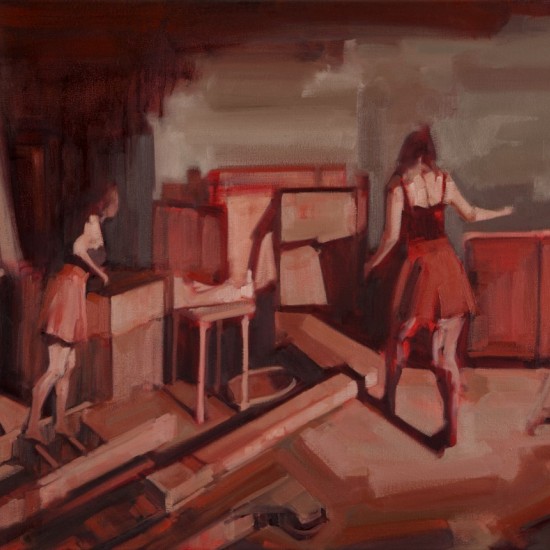 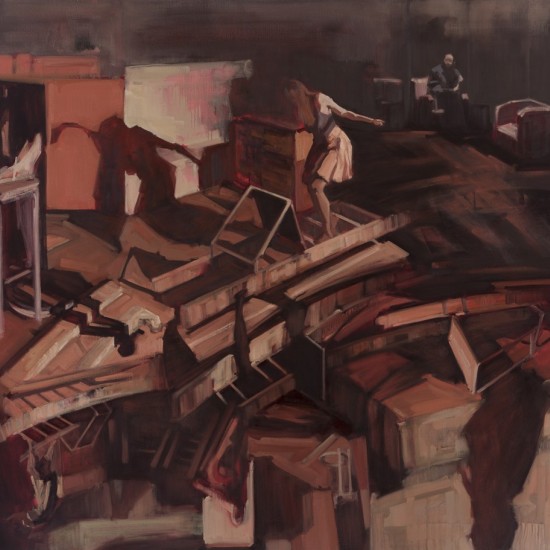 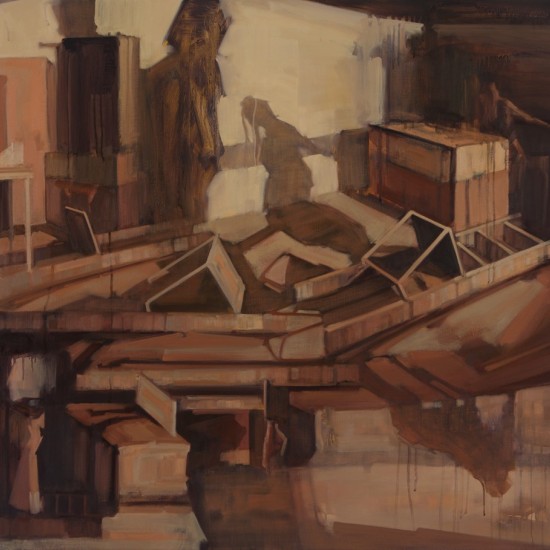 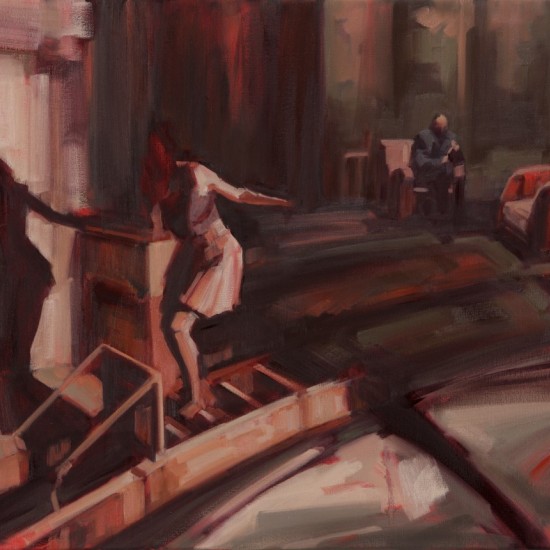 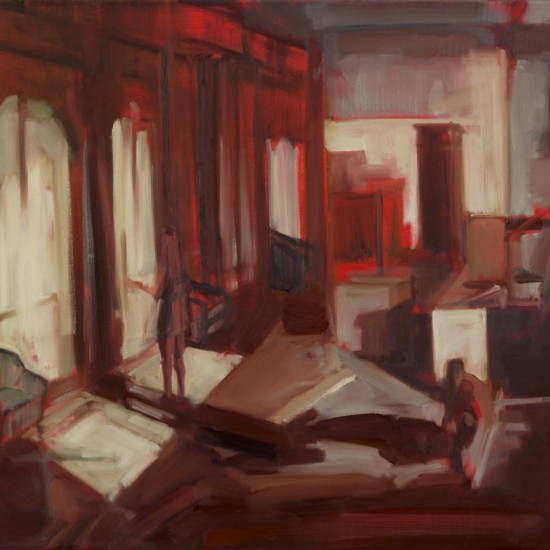 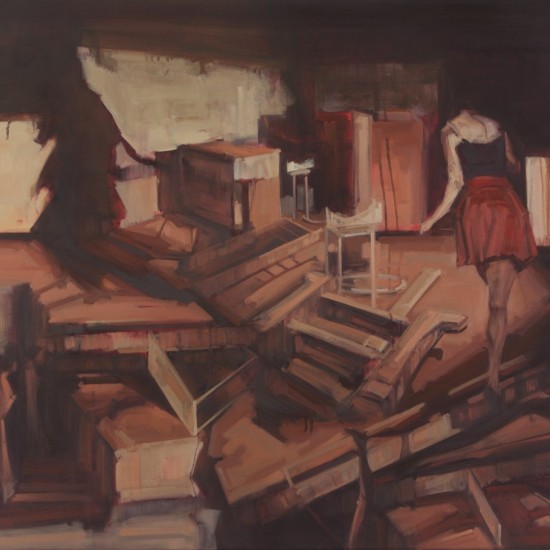 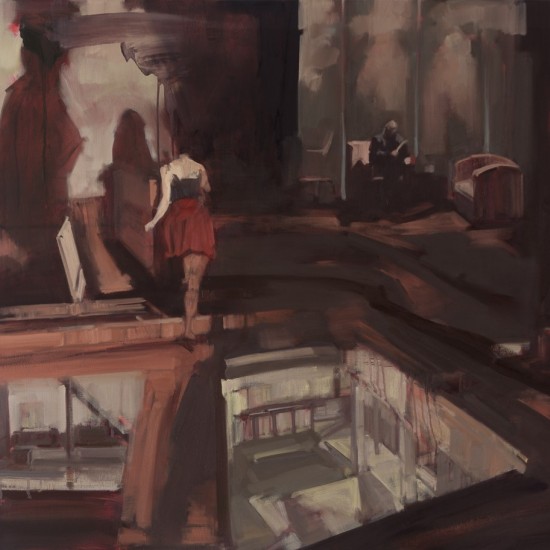 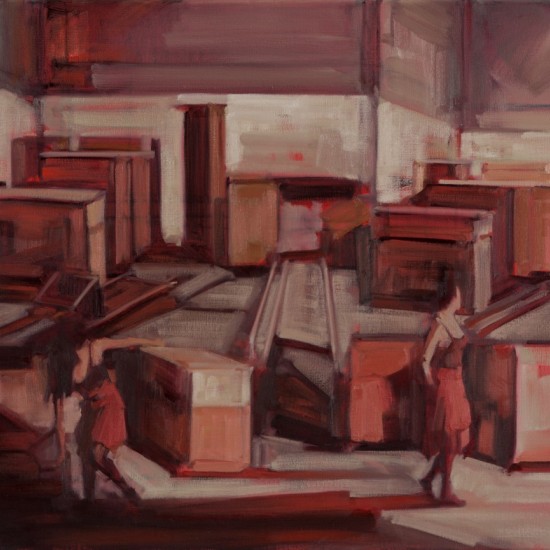 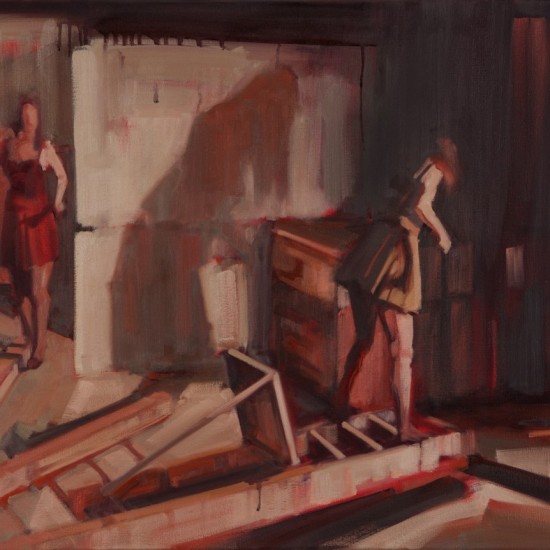 Liminality refers to a state of psychological disorientation arising from a transient condition of being that lies between past and future. One’s unknown destiny lies poised at the threshold between these two dichotomous positions. The theme of the exhibition revolves around a young woman living in transition as an outsider conflicted between countries, cultures and her sense of self. So her liminal state denotes her mental and physical transition of being here but remembering there.

"I have an ongoing fascination with the outsider position, where many of us unintentionally find ourselves. For an immigrant culture such as Australia’s, there is an implicit sense of liminality that derives from not only the unknown future but also the uncertain past. This state engenders a sense of potential for being lost and found, with the attendant possibility of reconstructing knowledge about identity and self. With the ambiguity between this fragility and strength, there is an inherent vulnerability of mind.

The paintings investigate aspects of dislocation, integration and fragmentation of being on the edge, unbalanced yet powerful. The transience and uncertainty are interpreted in the paintings through the representation of multiple figures that oscillate between a sense of losing and of finding themselves. The vulnerability of subject and fragility of place are signified by the figures, which are situated in improbable and physically awkward spaces. The uncompromising paraphernalia and non-rational spaces are restrictive and mentally confusing, with many false ends. Ladders become pathways to improbable journeys. The spaces the figures occupy are dimly lit with a warm glow. This landscape and the ambiguity of place impede easy passage and trap the figures within their psyches.

The figures are a metaphor for an ephemeral and fragile persona that is disconnected from prior meaning. Previous notions of reality are deconstructed and reinterpreted through the psychological transition between two conflicting positions of past and future.

Through painting, I am trying to integrate the subject and object as well as to explore the contradictions between them. The subject is the representation of a psychological state and the object is the process of abstraction and the materiality of the painted surface. My aspiration is to integrate formal spatial knowledge through painterly techniques with emotion in order to create sensation in the artwork.

During the process of abstraction, I engage in combining conscious historical knowledge of form and space with the unconscious aspects of emotion and intuition in order to bring intense feeling of sensation to the artwork. Opening the conscious to the unconscious while formulating the compositional structure is the means of creating spatial visual tension. In effect, the involuntary marks that arise from chance and accident through intuition are products of this process; these gestural marks are critical to the painting’s sensation.

The integration of subject and object induces the viewer to experience a kind of visual ambiguity between the materiality of the painted surface and the illusion of the representation, which allows one to experience the artwork's psychological force. As the eye moves between the illusion and the painted surface, the mind moves between the unresolved logic of the exterior image and the interior psychological state, allowing the viewer to respond to the sensation of the painting." - Deborah Marks

Deborah’s art practice encompasses painting, drawing and collage. Her recent subjects involve figurative representations that deal with psychological issues.  The issues explored in her artwork relate to psychological aspects and the conflicted nature of being in the world as internal/external processes. These include the conflicted aspects of the self and the persona, action and reflection and the individual and society. Her recent subject involved looking into the state of disorientation caused by the transition between countries cultures or the self.

Deborah has been exhibiting her psychologically incisive paintings over the past twenty five years in solo and group exhibitions throughout Australia. She has been represented through Defiance Gallery and Charles Hewitt Gallery, Sydney. Her work has been collected by private and public institutions including the prestigious Kedumba Drawing Award Collection. Her work has been selected as finalist in numerous competitions including the Portia Geach Memorial Award, the Blake Prize, and the Korean/Australian Arts Foundation. She has been awarded many arts prizes including the Kedumba Drawing Award and the Hunter’s Hill Art Prize.

In 2007 Deborah was awarded the Cite International des Arts Paris studio, where she undertook research into historical and contemporary artwork for the Masters in Fine Art Degree which she completed in 2011. The topic of her Exegesis is ‘An Investigation into the Creative Process’, and her figurative paintings and collages for this Research Degree explored psychological issues relating to ‘the self and persona.’ This artwork was exhibited at the Charles Hewitt Gallery in September 2011.

In May 2016, Deborah exhibited her series of paintings ‘Liminality’ in a solo exhibition at the Kunstverein Gallery, Murnau, Germany. She was invited to exhibit her paintings here by the head of Educational Studies at the Franz Marc Museum, Murnau, Silke Luhre. She then travelled and researched master artworks in Munich, Berlin, Amsterdam, Madrid, London and Paris. 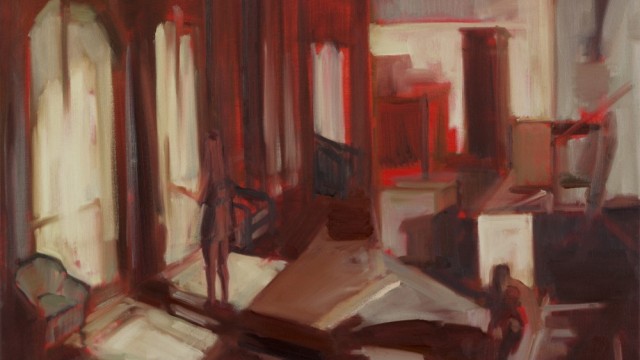