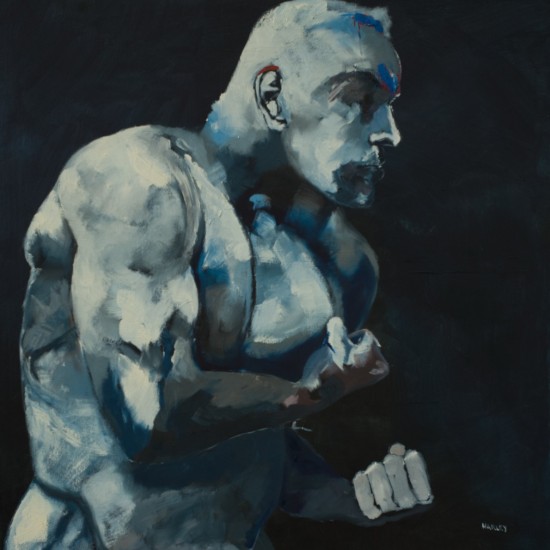 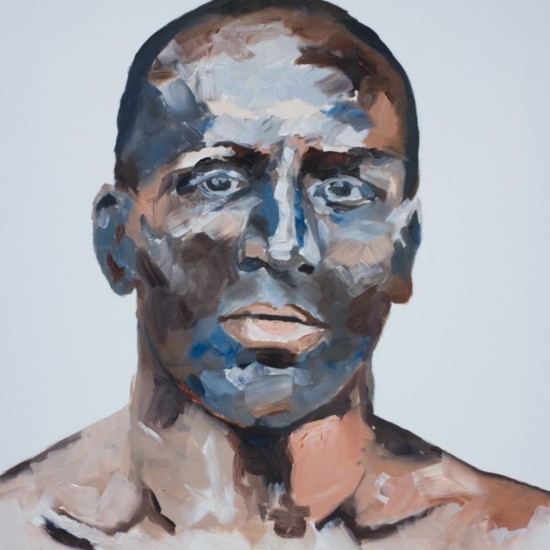 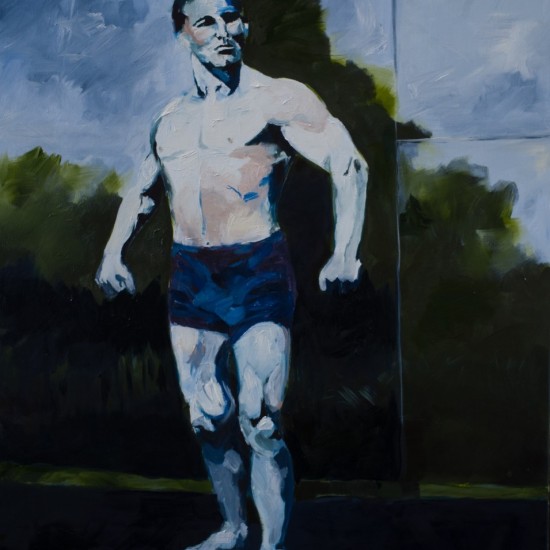 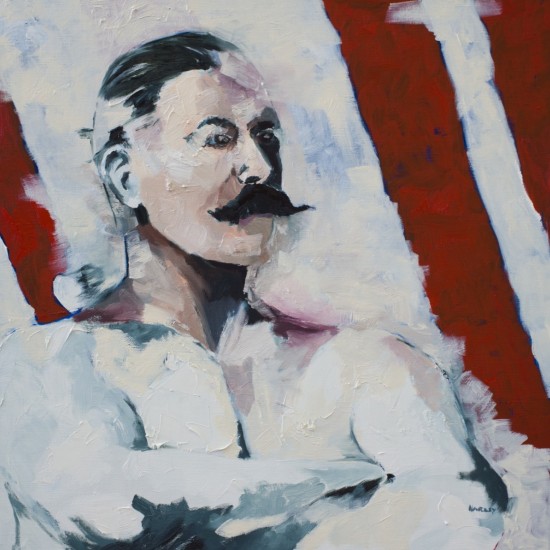 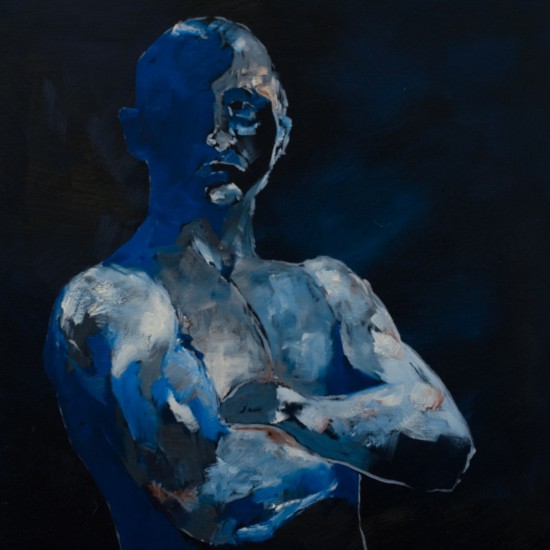 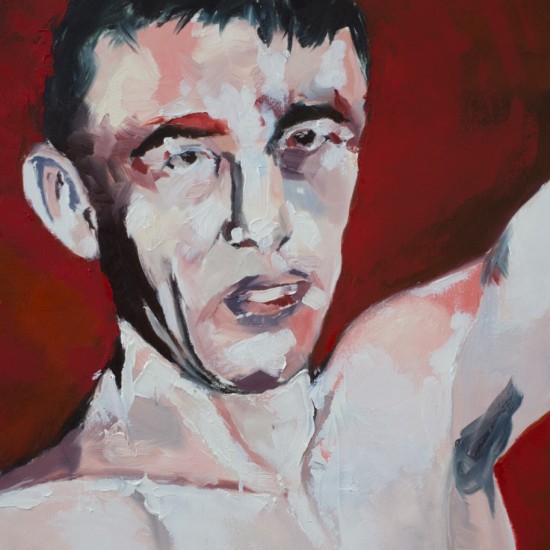 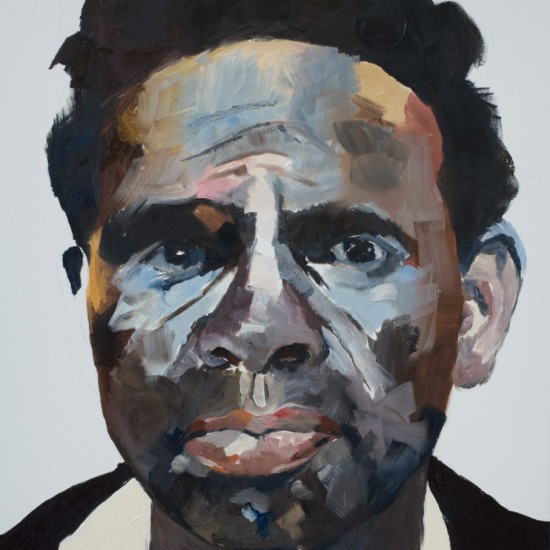 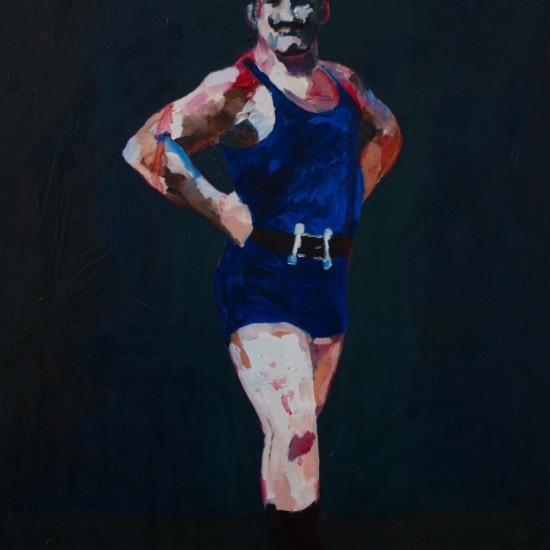 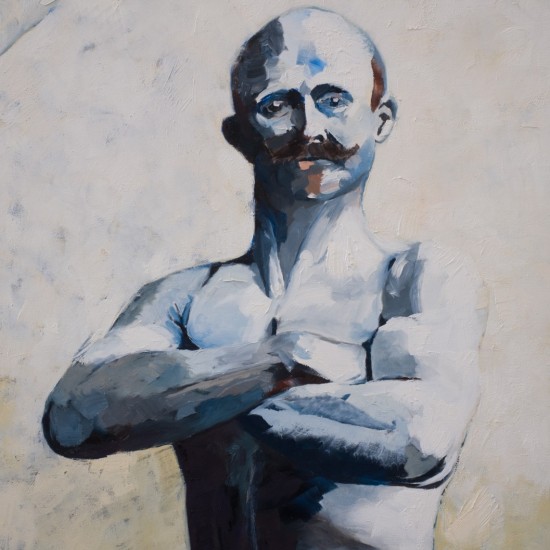 For his third solo exhibition, artist Harley Oliver has delved into  this largely unexplored world to profile the characters who carved a living from pushing their body to its' limits.

From Australian Olympic boxer (and pride of the Victorian town of Shepparton) Max Carlos through to Russia’s ‘King of the Kettlebells’ Pyotr Kryloff – each portrait reveals something of the man behind the muscles.

Oliver explains the initial idea for the series came to him after discovering a photo of boxer Kid Lavigne.

“In 1894 he killed a man in the ring. By beating him to death, he took on that man’s title - US Lightweight Champion. I looked again at the photo. There’s none of that story in his face, so I thought I’d try and expand that image as a portrait on canvas. And that developed into Hitters, Grapplers and Strongmen”.

For the tent boxers, their trade meant facing all comers in an untidy, brutal contest, usually as part of a travelling carnival. Meanwhile, ‘professional’ boxing at that time involved bare-fisted bouts with unlimited rounds. The winner was the one left standing.

“These were athletes of the early twentieth century - the tent boxers, the professional fighters, the showmen.”

A story sure to capture the imagination as much today as it did when it was unfolding, is that of Kwementyaye (Max) Stuart, who in 1956 was an occasional tent boxer and general hand around fairgrounds in South Australia.

His life was thrust into the spotlight after he was arrested following the brutal murder of a nine-year-old girl from Ceduna. Even though Stuart spoke hardly any English and couldn’t read or write, police produced a detailed typed confession from him. Many people believed the confession was highly suspect and the case caused great public concern. Despite that, Stuart was found guilty and sentenced to death.

After unsuccessful appeals in court, the media took up Stuart’s cause led by Rupert Murdoch as publisher of the Adelaide Times.

Stuart’s sentence was commuted to life in prison. He was finally  released in 1984 and became an important elder and spiritual leader in Alice Springs.

There’s a story in each of these portraits of fighters, underdogs and champions. All of these men led tough and often tragic lives, and I wanted to show some of their stories in their faces. 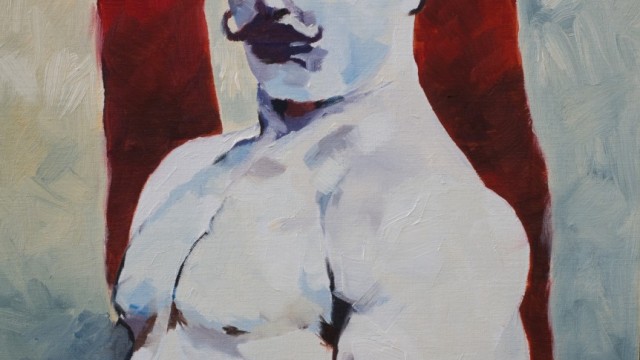 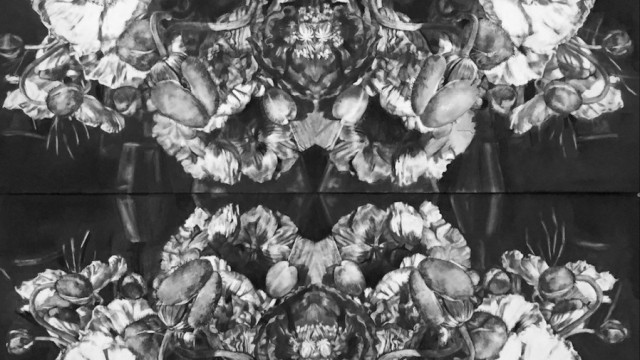 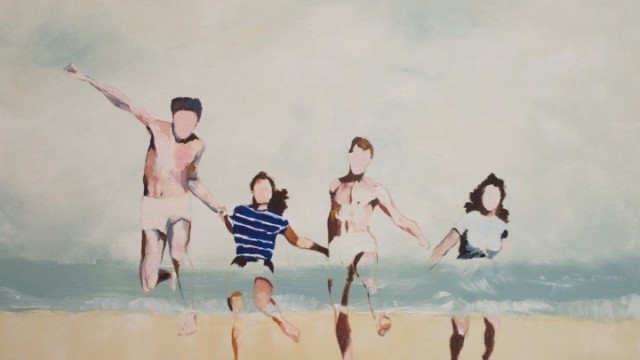 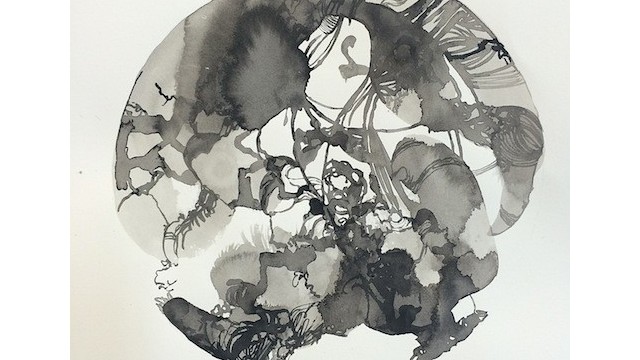